Broadside Enterprises, Inc.
We are building a fast-growing modern company with a diversified stream of revenue and assets based on integrity, transparency, team work and accountability.

We are focused on high-potential media and fashion properties especially with regards to global direct-to-consumer connections.

Our real estate endeavors are broad in scope and include a focus on Africa and the Middle East.

We are an equal opportunity employer and believe in diversity and the fair and respectful treatment of all.

He has extensive experience in the distribution of entertainment assets having advised such leading international film and television distributors such as ZDF Enterprises (Germany), DeAPlaneta (Spain), Filmauro (Italy), Scanbox (Scandinavia) and many others on script evaluation and rights acquisitions. Christopher also has broad corporate finance experience and has served as an expert witness in matters pertaining to media financing and the international accounting and taxation of entertainment assets.

Before moving to Los Angeles, Christopher worked for the media finance department of Berliner Bank AG (London Branch), where he was responsible for the marketing, analysis and structuring of project loans and secured corporate debt for the film, television and video game industries. Christopher began his career at Goldcrest Films International, where he served as a sales executive and executive assistant to the CEO. After Goldcrest, he spent a year as an independent producer and film finance consultant for an attorney specializing in independent film. 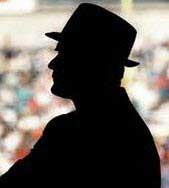