SK3 Group, Inc. is a healthcare logistics and fulfillment consultancy and manager focused on delivery of alternative care and medicine. With seasoned management, breakthrough technology and best practices, SK3 brings standardization and transparency to a fast growing and economically valuable segment of the alternative care field. As of March 11, 2013, Medical Greens operates as a subsidiary of SK3 Group Inc. SKTO currently provides licensing, management, and logistic services for Medical Marijuana collectives throughout California.

This is an exciting time for medical marijuana (MMJ). Currently, 21 states and D.C. have legalized MMJ with other states introducing bills to do so. SK3 Group is taking the lead and defining best practices in this controversial and rapidly growing industry. As the need for better delivery, administrative and logistics continues, SK3 Group is committed to building and developing the very best experience in medical marijuana. The SK3 Group team is working diligently in securing a growing number of contracts, licenses, acquisitions and key relationships.

Kevin Allyn, Chairman of the Board
Kevin Allyn has broad experience as a senior executive and entrepreneur in entertainment, television, film, music, sports, licensing, and talent management. Mr. Allyn was formerly a president of King World Productions, one of the most successful television companies in history. King World is the leading worldwide distributor of first-run programming, including the two highest-rated, first-run strips in syndication, "Wheel of Fortune" and "Jeopardy," as well as "Oprah," 'CSI," "Inside Edition," "Dr. Phil," "Everbody Loves Raymond," "Hollywood Squares," and "The Little Rascals." Mr. Allyn's legendary list of contacts, his ability to innovate and his management expertise allow us to form a team that can scale effectively into the lucrative MMJ market. Advisor to companies that include multi-billion dollar public and private firms.

Jeffrey Benz, M.B.A., J.D., General Counsel and Executive Vice President of Business, Legal, and Government Affairs
Jeffrey Benz has broad experience as a senior executive, lawyer, and entrepreneur in entertainment, sports, licensing, intellectual property, and technology. Jeff is Fox Sports TV legal analyst and served as a trusted advisor to a variety of companies -- both private and public. He advised a number of high-profile executives. Among other things, Mr. Benz was General Counsel and head of business and government affairs for the United States Olympic Committee (USOC), AVP Pro Beach Volleyball Tour, and a variety of private companies in sports, entertainment (television, film, and online), and technology (mobile phone applications, computer software and hardware, and medical devices). Mr. Benz has led high-profile legal and operational functions in a wide array of industries, including internationally. Jeff's extraordinary experience and background, and his legal leadership skills, uniquely fit our current needs and will usher SKTO into lucrative new markets.

Attorney Benz is also an accomplished arbitrator and mediator, and has served as a private judge in, among other things, disputes over athlete-doping issues in sports, having led the function of anti-doping at the USOC during his time there.

Roy Laughlin, Director of Media Relations
Roy Laughlin was the General Manager of Clear Channel Los Angeles and Magic Broadcasting. Mr. Laughlin led KIIS FM to the #1 billing radio station in the US for 9 years and, as Market Manager of the CCLA 8 stations, delivered record billing of $300 milion annually.

Mr. Laughlin and his brother launched GAP Broadcasting in 2006 which purchased 52 stations from Clear Channel in Texas for $139M (GAP later merged into TownSquare Media). Laughlin continues as an equity partner in Rincon Broadcasting which he co-founded with Sr. Partner John Hearne through the purchase of the Santa Barbara Clear Channel Cluster in 2006. Mr. Laughlin also re-launched the Steve Harvey Radio Show in LA Radio while upgrading the signal at 93.5 KDAY / 93.5 KDAI. Mr. Laughlin later teamed up with Mr. Hearne to purchase an additional FM move-in to the Riverside/San Bernardino market in 2010 (KQIE, Q104.7).

An Undiscovered Growth Stock in a Hot Sector for One Penny?!

Medical marijuana (MMJ) is shaping up as "the next big thing" on Wall Street, the next dot.com.

There is a company new to the MMJ sector. With a low profile and zero name recognition, it flies under the radar.

But this incredibly undervalued hidden gem, with a tiny market cap and absurdly low price of one penny, is the best MMJ play you can buy... period! The firm is recording huge revenues and growing faster than the higher profile MMJ companies.

Ever heard of SK3 Group (OTC Pink Sheets Current Information: SKTO)? Of course, you haven't! Their corporate name is nondescript, forgettable, and doesn't hint of any connection to MMJ.

However, starting from March 2013 and with little fanfare, SK3 Group's impressive management team -- which includes a former president of King World Entertainment, the go-to legal analyst for Fox Sports, and a former general manager of Clear Channel L.A. -- have tapped deeply into the MMJ sector with lucrative contracts, licenses, acquisitions, and diversified operations.

SK3 Group is climbing the growth curve almost as fast you can count. It's an MMJ dynamo. And with that name change to "Medical Greens," the market will discover the fastest growing and most undervalued MMJ stock out there. Fortunes are made by beating the crowd to "the next big thing." 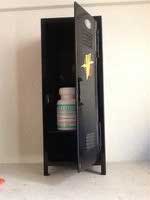