Board Mod: Pickl
Asst Mods:
Last Post: 05/03/2017 4:45:01 AM
Board Marks: 1
Posts Today: 0
Board Views Today: 1
eSports (also known as electronic sports, esports, e-sports, competitive (video) gaming, professional (video) gaming, or pro-gaming) can be defined as a form of sports where the primary aspects of the sport are facilitated by electronic systems; the input of players and teams as well as the output of the eSports system are mediated by human-computer interfaces.[1] Most commonly eSports take the form of organized multiplayer video game competitions, particularly between professional players. The most common video game genres associated with eSports are real-time strategy, fighting, first-person shooter (FPS), and multiplayer online battle arena (MOBA). Tournaments such as The International, the League of Legends World Championship, the Battle.net World Championship Series, the Evolution Championship Series, and the Intel Extreme Masters, provide both live broadcasts of the competition, and prize money and salaries to competitors.

Although organized online and offline competitions have long been a part of video game culture, participation and spectatorship of such events have seen a large surge in popularity from the late 2000s and early 2010s. While competitions around 2000 were largely between amateurs, the proliferation of professional competitions and growing viewership now supports a significant number of professional players and teams,[2] and many video game developers now build features into their games designed to facilitate such competition.

The genre of fighting games and arcade game fighters have also been popular in amateur[citation needed] tournaments, although the fighting game community has often distanced themselves from the eSports label.[3] In 2015, the most successful titles featured in professional competition were the multiplayer online battle arena (MOBA) games Dota 2, League of Legends, and the first person shooter game Counter-Strike: Global Offensive.[4] Other games with significant earnings include Smite, Starcraft 2, Call of Duty: Advanced Warfare, Heroes of the Storm, and Hearthstone.

Geographically, eSports competitions have their roots in developed countries like Germany.[original research?] South Korea has the best established eSports organizations, officially licensing pro gamers (aka. Cyberathletes ) since the year 2000. Official recognition of eSports competitions outside South Korea has come somewhat slower. In 2013, Canadian League of Legends player Danny "Shiphtur" Le became the first pro gamer to receive a United States P-1A visa, a category designated for "Internationally Recognized Athletes".[5][6][undue weight? – discuss] Along with South Korea, most competitions take place in Europe, North America and China. Despite its large video game market, eSports in Japan is relatively underdeveloped, which has been attributed largely to its broad anti-gambling laws.[7]

The eSports sector will this year generate an estimated revenue of $621m worldwide according to a SuperData report.[8]

In 2013, it was estimated that approximately 71,500,000 people worldwide watched competitive gaming.[9] The increasing availability of online streaming media platforms, particularly Twitch.tv, has become central to the growth and promotion of eSports competitions.[10] Demographically, Major League Gaming has reported viewership that is approximately 85% male and 15% female, with 60% of viewers between the ages of 18 and 34.[11] Despite this, several female personalities within eSports are hopeful about the increasing presence of female gamers.[12][13] 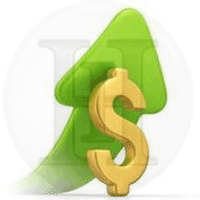