UMS Mobile Solutions purchases the public entity TALK to bring their private company public, very similar to an IPO yet quicker.. And perfect for old TALK shareholders as the shares go from worthless to diamond value..

TALK had almost zero revenue before hand and now since the take over has an estimated $50 million plus recorded for 2015. We are waiting on the audit financial statements for these exact figures..

How were these figures concluded? Easy... FORBES and Inc Magazine This is better than inside information.. Why? Because we get insider knowledge without the legal repercussions. So we actually get a peak at their financials before they're released to the SEC.. It doesn't get any better than this.. The Holy Grail of DD if you will.

It's just our luck that Inc Magazine and FORBES covered UMS Mobile Solutions before initiating this merger with TALK.

Inc magazine recorded a 3 year growth rate of 241% while Forbes pegged revenue at $26 million for 2014. Using those numbers we can estimate a $50 million revenue for 2015 and even a forecasted $91 million plus revenue for this fiscal year, 2016.. "See the sticky post for revenue confirmation."

Have your attention now?? , a global provider of advanced communications and mobile broadband services, is pleased to announce that it has executed a Purchase and Sale Agreement to acquire United Mobile Solutions Corp. ("UMS"


UMS was formed in 2009 to act as Master Dealer for T-Mobile Wireless, and create a distribution network of sub dealers – including kiosks, stores, and franchised outlets. The distribution network quickly expanded to over 1,600 independent outlets in the USA, when UMS began to distribute mobile phones in 2010. Company growth has led to new service areas including payment processing, enterprise sales to regional carriers, reverse logistics operations and nationwide sales.

UMS provides the latest smart phone technology to a niche market that demands the features of the latest mobile equipment at affordable prices, and no-contract phone service deals. After several years and more than a million units sold, UMS has expanded its distribution capabilities across the country.

Building on this business acumen, UMS franchised an exclusively-branded stand-alone wireless store option, offering the solution as a “store in a box” with no franchise fees and low start-up costs. Since then, UMS has helped entrepreneurs launch stores throughout the South and Western United States.

WQN which is a spin-off of Rocket VOIP. 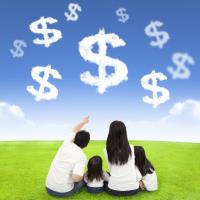 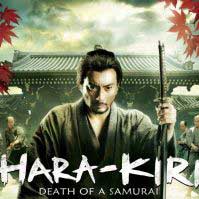